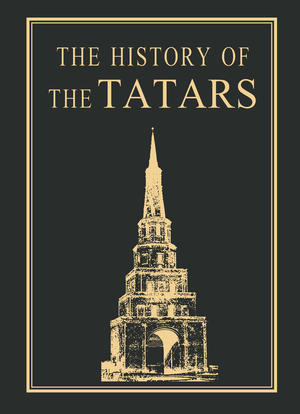 Читать
Скачать
Collective of authors
The History of the Tatars since Ancient Times. In Seven Volumes. Volume 6. Formation of the Tatar Nation 19–Beginning of the 20th Centuries
Kazan: Sh. Marjani Institute of History
2017
Russia's power and might increased greatly in the 19th century, which was an important stage in the transformation of the multicultural state's territory, economy, and ideology. Apart from the consistent development in the state, new trends appeared in Russian society that set the stage for the modernisation processes. However, vestiges of feudalism survived in Russia even after serfdom was abolished in 1861 despite the positive changes. There was no civil society. 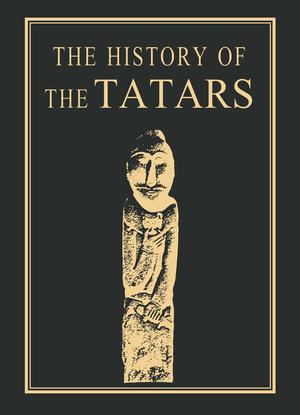 Читать
Скачать
Collective of authors
The History of the Tatars since Ancient Times. In Seven Volumes. Volume 1. Peoples of the Eurasian Steppe (Ancient Times)
Kazan: Sh. Marjani Institute of History
2017
The Tatars are one of the few peoples about whom legends and outright lies are known to a much greater extent than the truth. The officially published history of the Tatars was ideological and biased to an extreme extent both before and after the revolution of 1917. Even the most outstanding Russian historians treated the "Tatar issue" in a biased way, or simply avoided it altogether. In his famous work 'Essays on the History of the Kazan Khaganate', Mikhail Khudyakov wrote as follows: 'Russian historians were interested in the history of the Kazan Khaganate only as material for studying the movement of Russians eastward. It should be noted that they mainly paid attention to the last moment of the battle and seizure of territory, especially the victorious siege of Kazan, and all but ignored the gradual stages of absorption of one state by another' [At the crossroads of continents and civilizations, p. 536]. In the preface to his multi-volume 'History of Russia since Ancient Times', the outstanding Russian historian S. Solovyev noted as follows: 'A historian is not entitled to interrupt the natural thread of events beginning in the first half of the 13th century – the gradual transition from patrimonial prince relationships to state ones – and simply insert the Tatar period, to put the Tatars and Tatar relationships in the foreground so that the main events and the main reasons for these events become closed off' [Solovyev, p. 54]. Thus, a period encompassing three centuries, the history of Tatar states (the Golden Horde, the Kazan other Khaganates), which influenced global processes and not just the fate of the Russians, was omitted from the chain of events comprising the formation of Russian statehood. 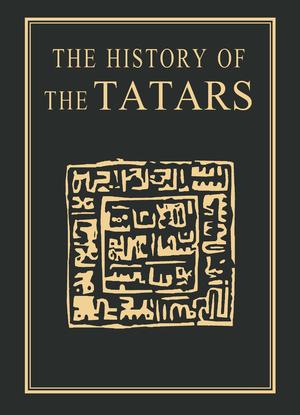 Читать
Скачать
Collective of authors
The History of the Tatars since Ancient Times. In Seven Volumes. Volume 3. The Ulus of Jochi (Golden Horde). 13th Century–Mid–15th Century
Kazan: Sh. Marjani Institute of History
2017
In the history of a number of ethnoses of medieval Eurasia, including nations that were a part of the former Russian Empire, its successor (the USSR), and the modern Russian Federation, there is always an epoch that was covered, especially during the Soviet Union period, quite distinctively, and sometimes even absurdly contradictorily and deceitfully. We are referring to the history of peoples of the country of the 13–16th centuries in general— that is, the epoch of Ulus of Jochi—the state that become famous under the name of the Golden Horde. The formation of this state, which by size of territory and number of its constituent peoples could be called a great Eurasian Empire, took place from 1240–1260, as a result of the dissolution of the Great Mongol power that had formed in the first quarter of the same century. 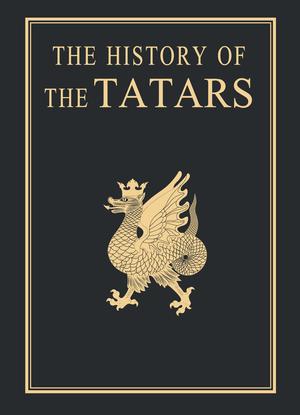 Читать
Скачать
Collective of authors
The History of the Tatars since Ancient Times. In Seven Volumes. Volume 5. Tatars in Russia (Second Half of the 16–18th Century)
Kazan: Sh. Marjani Institute of History
2017
The period from the second half of the 16– 18th centuries was truly a turning point in the history of the Tatars. After the conquest of Turkic- Tatar states such as the Kazan, Astrakhan and Siberian Khanates, the historic backdrop for the Tatars completely changed in a relatively short time; once a state-forming ethnos, they became vassals of the Russian Tsar, which obviously changed the economic, social and political life of the Tatars, as well as their ethnic identity. 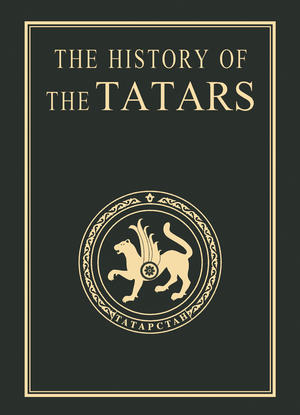 Читать
Скачать
Collective of authors
The History of the Tatars since Ancient Times. In Seven Volumes. Volume 7. Tatars and Tatarstan in the 20th– Beginning of the 21st Centuries
Kazan: Sh. Marjani Institute of History
2017
The 20th century was a time of revival for the culture, economy and ultimately the national identity of the Tatars rooted in the times of the Turkic, Kimak, Khazar khanates, Great and Volga Bulgaria, the Golden Horde, the Kazan and other khanates of the Middle Ages, as well as the Russian state. 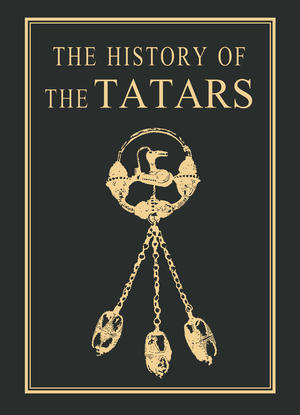 Читать
Скачать
Collective of authors
The History of the Tatars since Ancient Times. In Seven Volumes. Volume 2. Volga Bulgaria and the Great Steppe
Kazan: Sh. Marjani Institute of History
2017
The last two centuries of the first millennium c.e. is accurately described in historical sciences as a critical stage in the history of the peoples of Eastern and Central Europe. During this period significant changes in the social, economic and public life of Slavic, Turkic and Finno-Ugric peoples took place which eventually led to the formation of early feudal states. On the territory of Eastern Europe these states were Ancient Rus', Khazaria and Volga Bulgaria. Throughout many centuries they maintained close contact with each other in economics and culture, and competed for extending their sphere of influence on neighbouring regions. This competition very often led to serious military confrontations which usually ended with the concluding of peace treaties. 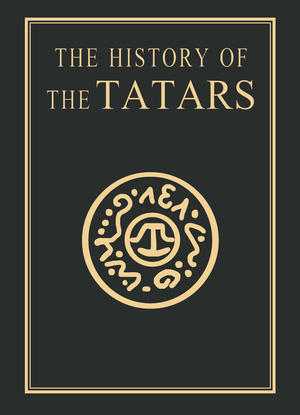 Читать
Скачать
Collective of authors
The History of the Tatars since Ancient Times. In Seven Volumes. Volume 4. Tatar States (15–18th Centuries)
Kazan: Sh. Marjani Institute of History
2017
The large Tatar nation is comprised of various groups that fully correspond to medieval Tatar states. Kazan, Siberian, Crimean, Kasimov, Astrakhan, Belorussian and Lithuanian, Dobruja Tatars… Kazan, Siberian, Crimean, Astrakhan khanates, the Nogai Horde, political entities in the lands of the Grand Duchy of Lithuania, in the Balkans… The Tatar people emerged in the Golden Horde period from various local Turkic tribes, primarily the Bulgars and Kipchaks, and other Turkic peoples, such as Tatar-Mongols and eastern Kipchaks, newly arrived from Central and Middle Asia. The period of the Golden Horde's collapse continued for many years and almost the entire 15th century witnessed the gradual disintegration of the once mighty Turkic-Tatar state along with the emergence of new states—the Tatar yurts. Virtually all Tatar states were conquered by the new and powerful Muscovite state that, for several centuries, was subordinated to the Tatar khans of the Golden Horde and the Tatar yurts. The Crimean Khanate, the last of these states, was annexed to Russia in the 18th century. Despite the relatively short existence of the Tatar states (except for Crimea), they left a deep mark on the history of Eurasia. This was the time when the Turkic-Tatar language dominated a large part of Eurasia. Its influence continued up to the early 20th century. Ever greater numbers of Tatars were becoming involved in the building of the Muscovite state and, when they all found themselves in one state, like in the period of the Golden Horde but, this time, within the Russian empire, they did not disappear and, to this day, continue to exist mostly as a single nation. This was in spite of tremendous losses, active assimilation, and cultural and religious pressure. 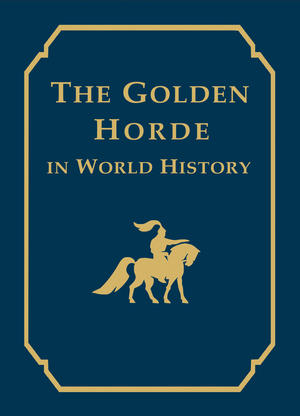 Читать
Скачать
Collective of authors
The Golden Horde in World History
Kazan: Sh. Marjani Institute of History
2017
This monograph presents research into the history of the Golden Horde that represents its role in world history, and contains key contemporary studies by leading scholars from the Russian and foreign academic centres. The cover design features the image of ‘Mounted Batyr’, which belongs to the brand ‘Cultural and historical heritage of Tatarstan’.